An unorthodox juxtaposition of the seriousness of European traditions and their modern branches, popular rhythms derived from dance and jazz and an East Asian awareness for timbre and melody make up the main influences of my compositions. Here a selection:

Song for Voice and Piano

During my time in Taiwan I came across this piece by the band Donglihuoche, who created it for the then brand new Taiwanese television drama "The Rose". I liked the melody so much that I arranged it into a kind of bossa nova.

Chinese as a Foreign Language

Chinese characters have a reputation of being difficult. With these hints you'll find not so much anymore. Here a short printed version in German.

You Have No Choice 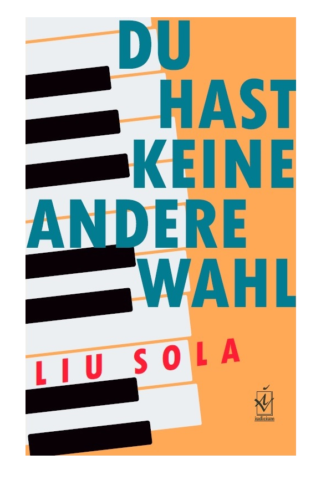 The book has been published by Iudicium-Verlag since February 2019 and is available in all bookstores. Here you will find reading previews and detailed information. The review of the novella can be read in the eighth edition of the literary criticism.

To be able to contribute this music to a project of dandelion & burdock was a real pleasure. Sweet and cute, this little Christmas greeting for 2011 was a bit more complex: some guys in London had an idea, a composer created christmasy piece, musicians met and made a recording, a baker baked cookies on which an internet address was "printed" with a specially made stamp, small biscuit jars with its own lovely screen-printed motif were made. Filled with a few cookies they were sent as a surprise to friends, family and valued customers. If they followed the address on the cookie, they came to a specially created website, where they could see this video and all recipients could leave a greeting. The surprise, secrecy, guessing and final resolution as well as the happy mails and calls were a great reward!

Duo for Chinese Lute and Guitar

This intricate piece merges Chinese awareness for timbre and melody with the rhythmic precision of funk.In that juxtaposition it is singular and a much desired addition to the repertoire. The music showcases the full capabilities of the instruments and their players. In an entertaining way it adds a new perspective on how the Chinese and Western elements can be combined successfully.

Choir Concert in the Cathedral of Magdeburg

Premier Performance of My New Piece For Camber Choir

For the first time the magnificent chamber choir from Leipzig performs in the cathedral of Magdeburg. This new a cappella piece, which I composed during my stay in the Cité des Arts Paris, has thereby found its ideal cast: sublime and cultured choir sound meeting the extrodinary acustics of Germanies first gothic cathedral.

This ensemblepiece sheds new light on some well-known Chinese music by using Western styles. I wrote about the multiple layers in this work in my blog.

For 4 Flutes, 2 Pianos, Vibraphone and Drums

Live footage of the event "Étude d'Échange" that combined music for ensemble with live motion graphics.